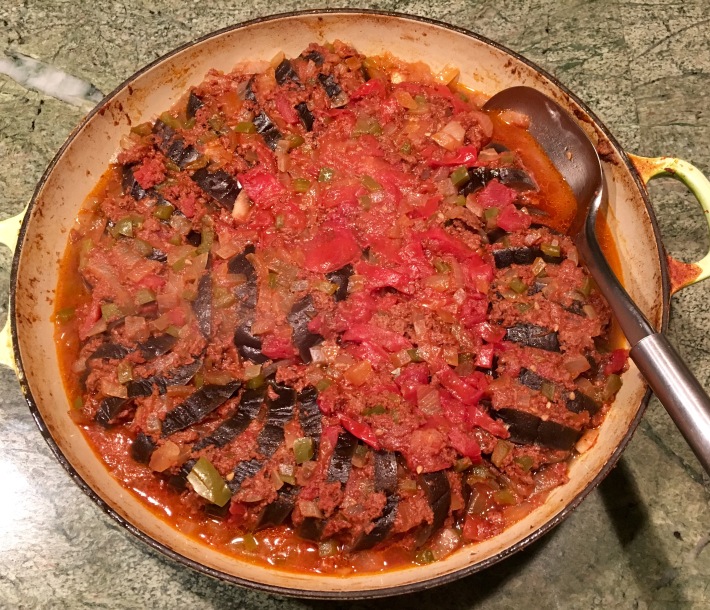 This eggplant and spiced beef casserole is one of my mother’s signature dishes. It’s an old Urfa Armenian recipe we call batlijanov tava, passed down from generation to generation.  It’s nice to retain these recipes so that future generations of Armenians will not lose them. Each time my mother made this growing up, my mouth would water in anticipation. This dish can be eaten with rice or bread.

Prep-time takes about 15 minutes, and cooking time is about 1 hour. The recipe calls for seven spice mix (or baharat). Seven spice can be found in any Middle-Eastern/Mediterranean market, as well as online at Amazon or Kalustyan’s.  It’s a mix of common spices such as allspice, black pepper, cumin, paprika, coriander, cloves, nutmeg, cinnamon, cardamom, and ginger, give or take a few (depending on the brand).  If you can’t find seven spice mix, just use the same amount of allspice. The taste will be similar. 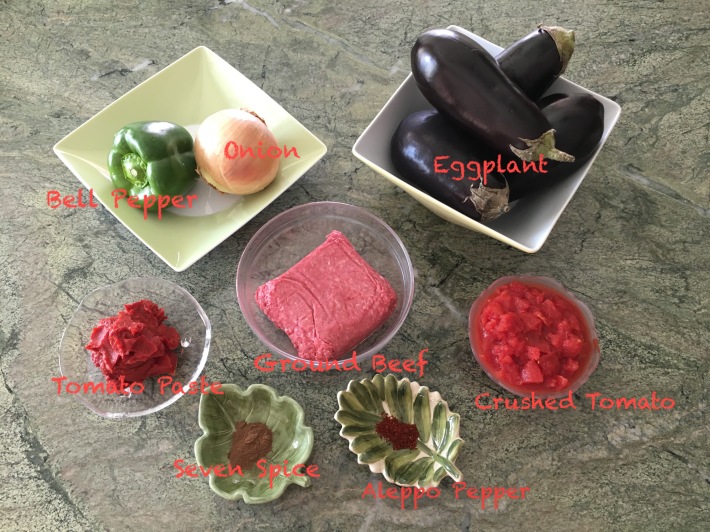 Here is what you’ll need:

Here’s how to put this together: 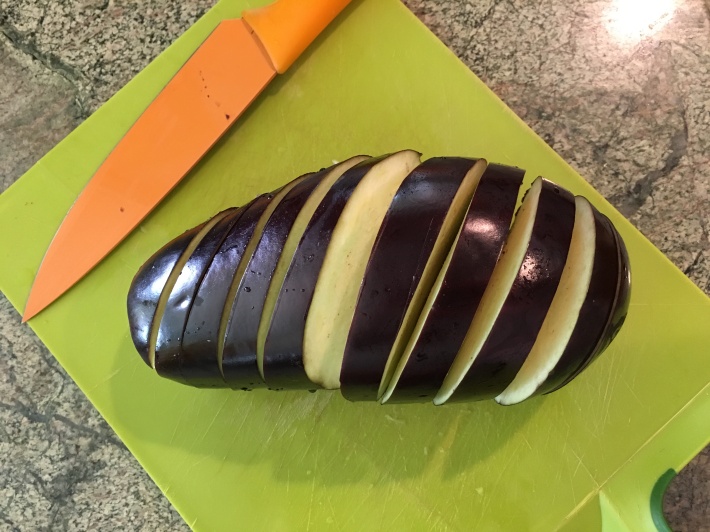 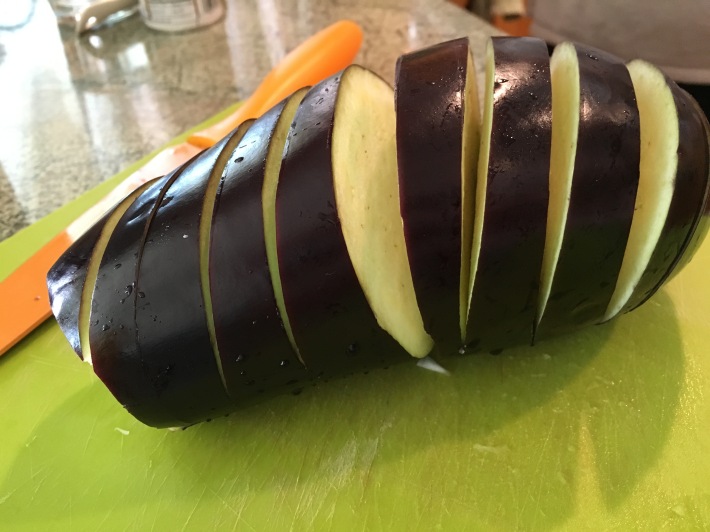 2. In a large bowl, mix the rest of the ingredients EXCEPT for about a quarter of the tomato paste, the olive oil and water. 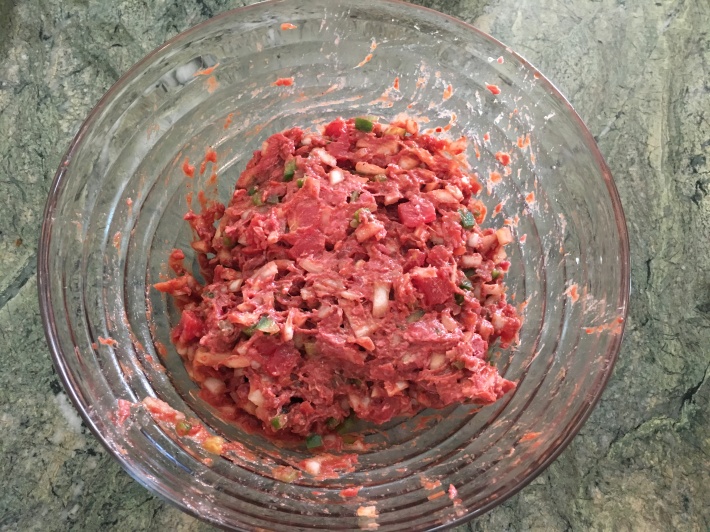 3. Stuff each eggplant slit with the meat mixture. Once you’ve stuffed an eggplant, place it in a large braiser. All four eggplants should fit snugly inside. If you have meat left over, you can stuff a few tomatoes by making 1/2 inch slits, as with the eggplant. Place the tomatoes on top of the eggplant. 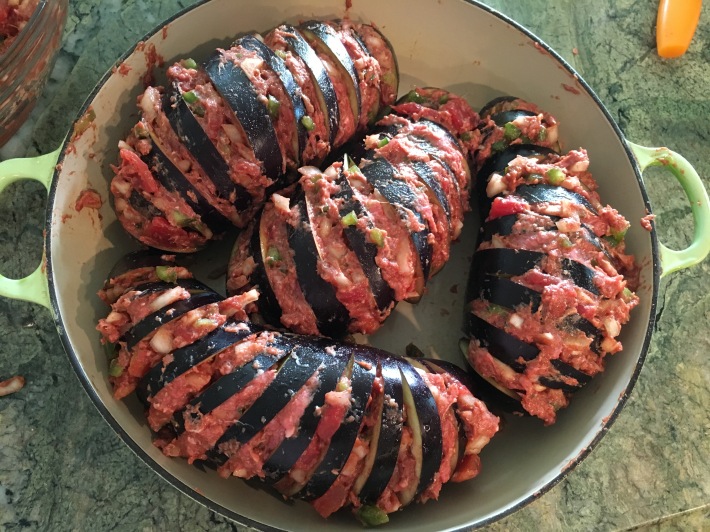 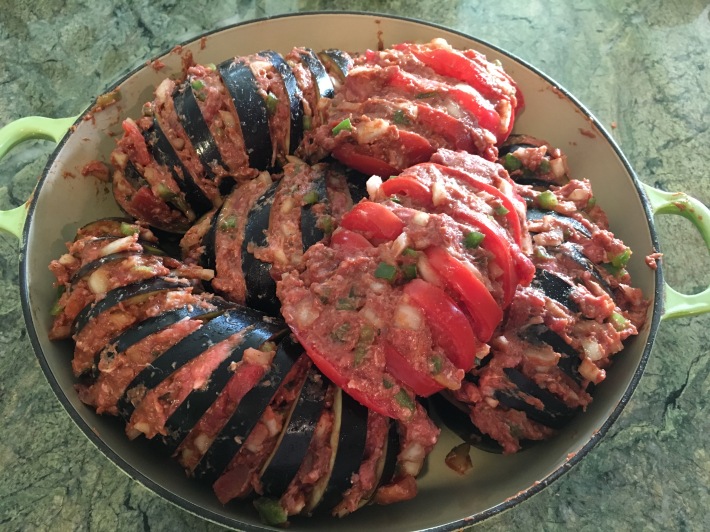 3. Mix together the olive oil, salted water, and the rest of the tomato paste in a separate bowl. Pour the mixture over the eggplants, cover, and cook over high heat.

4. Bring to a boil and reduce heat to medium. Keep covered.

6. Cook for a further 30 minutes, or until the eggplants are cooked through and soft. Check the braiser periodically to make sure the bottom doesn’t burn. Serve with rice or bread. 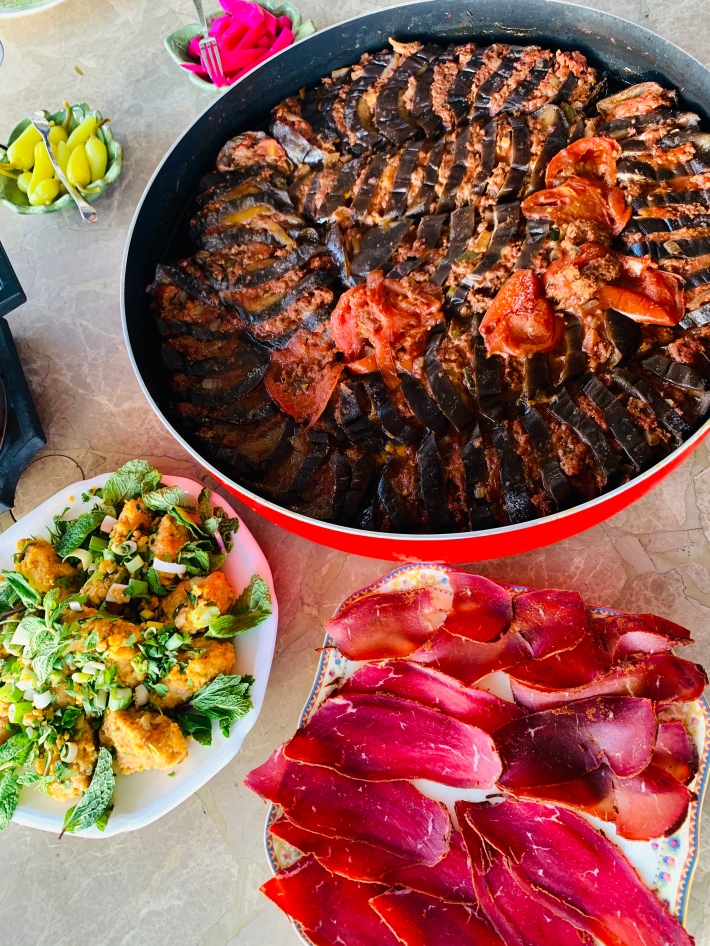